DOVER, MA – The Dover Police are joining with the National Highway Traffic Safety Administration (NHTSA) to promote the “5 to Drive” campaign during National Teen Driver Safety Week. The campaign aims to help parents talk to their teen drivers about the rules of the road.

“While a license means your teens are gaining independence and getting older, it also means they need you more than ever,” said Chief Peter A. McGowan. “The ‘5 to Drive’ campaign gives parents the tools they need to keep their teen drivers safe.”

The “5 to Drive” campaign addresses the five most dangerous and deadly behaviors for teen drivers. The idea behind the campaign is to give parents the words to use when they talk with their teens about the rules of the road. NHTSA’s website, www.safercar.gov/parents, has detailed information and statistics about the five rules designed to help save the lives of teen drivers.

The “5 to Drive” rules for parents to share with their teens are:

Teen drivers need to follow these rules and any other restrictions outlined in MA’s Junior Operator law. The Mass RMV’s website, www.massrmv.com/rmv/jol, has information on MA law and penalties for Junior Operators. Parents need to outline rules and explain to their teens the deadly consequences of unsafe driving practices. The “5 to Drive” campaign can help parents start that conversation. 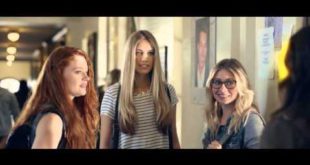 Don’t let an emoji wreck your life. If you’re texting, you’re not driving.