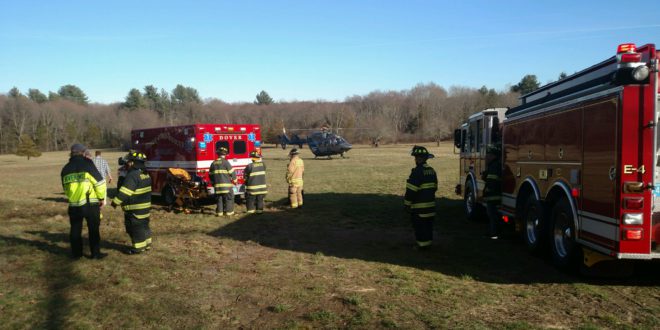 DOVER, MA – On Sunday, April 9th, 2017, the Dover Police responded to a report of an injury crash involving a bicyclist on Farm St at Junction St in Dover at approx 1633 hours. Sergeant Aaron Mick and Officer Matt Lavery arrived to find an 85 year old Newton man was suffering from serious injuries after he collided on bicycle with a motor vehicle. The vehicle was operated by a 68 year old female from Medway.

A preliminary investigation showed the vehicle was traveling southbound on Farm St. The bicyclist traveling eastbound on Junction St failed to stop for a stop sign and entered the intersection colliding with the front right side of the vehicle. This incident remains under investigation, no further information is available at this time.